by Danbert Nobacon Miranda Zickler and The Bad Things 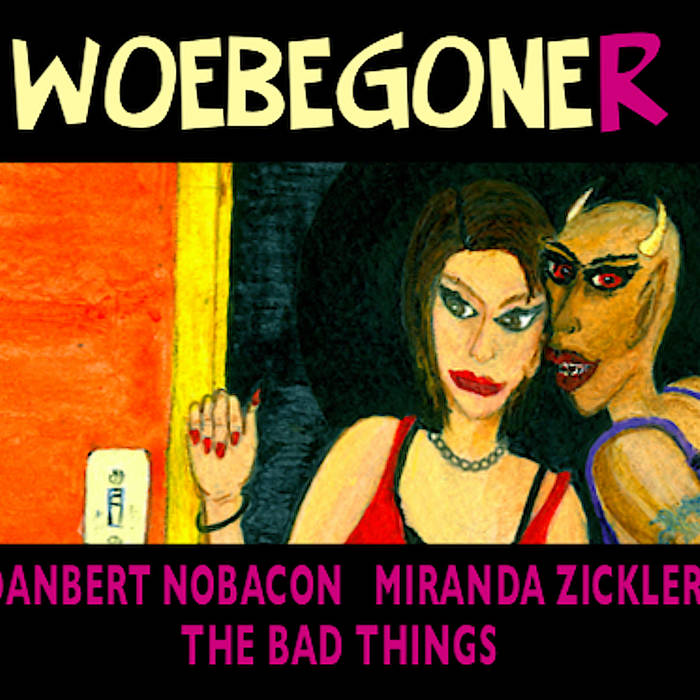 WOEBEGONER is a wholly regracked, remixed and totally reimagined 2018 version of the original Woebegone album (2010). On the original album Johnny Woebegone (played by Danbert Nobacon) was still carrying the shrapnel, wedged in his vocal chords, from the bomb blast which should have ended his life. In the 2018 version, shrapnel finally removed and his vocal chords near healed, he teams up with the audacious audiosumptuous Lilithiana Red (played by Kuinka’s mirazzmerizing Miranda Zickler) to re-tell the first parts of their story of love, loss and time travel from a base point of the decaying world of the early mid twenty first century … and, always under the watchful eye of the privatized intel “inner surveillance” team of Wade (played by Kira Wood Cramer) and Ross (played by Johnny Watson). Dusted off and polished up musical backbone from Seattle’s finest, The Bad Things, and studio magickery by Mell Dettmer.

Danbert Nobacon 'freak music legend' got an associate degree in the science of children’s play in England in the 1990’s whilst moonlighting in the punk rock band Chumbawamba. He is currently teaching theatre at his local High School. "Stardust to Darwinstuff," his first album for seven years explores, the consilience between art and science, (released April 2017) ... more

Bandcamp Daily  your guide to the world of Bandcamp

Featuring appearances from Kari Faux, Bluestaeb and and interview with NY-bred artist Wiki